How Codeine Dependence Can Lead to Addiction 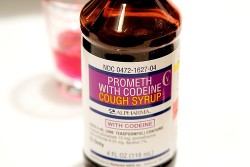 Codeine addiction can develop out of repeated use of any codeine product.

Codeine, a morphine-derived substance, belongs to a class of drugs known as opiates. While codeine isn’t as strong as morphine, it’s nonetheless addictive, according to the U. S. Food & Drug Administration.

Commonly used to treat conditions involving mild to moderately severe pain symptoms, codeine appears in several forms, some of which include:

Like most any opiate drug, codeine should be taken on a short-term basis; otherwise, codeine dependence can develop. While not everyone who uses codeine will become dependent, certain risk factors do make some people more susceptible than others.

Whether taken to treat a medical condition or used for recreational purposes, codeine dependence happens gradually with ongoing use. As the effects of the drug take hold, it becomes all the more difficult to spot the signs of codeine dependence along the way.

Like most every opiate drug, codeine directly affects chemical levels in the brain. When ingested, certain brain cell receptor sites secrete large amounts of neurotransmitter chemicals. These chemicals act as communication messengers throughout the different areas of the brain. Any fluctuation in chemical levels can throw off vital process in the brain as well as throughout the body.

Codeine specifically affects the endorphin neurotransmitters, which act as the body’s own pain-relieving chemicals. It also promotes feelings of relaxation and contentment, which can easily drive users to keep taking the drug. With repeated use, codeine dependence develops as brain cell receptors functions come to rely on codeine’s effects.

Part of the reason why codeine (and opiates in general) is so addictive stems from the drug’s ability to alter brain chemical processes. As brain chemical levels skew further off balance, the brain cells themselves start to undergo structural changes.

These changes not only weaken overall brain function, but can actually “rewire” the brain’s circuitry. Under these conditions, codeine dependence becomes a self-perpetuating cycle in which the brain can no longer function normally without the drug’s effects.

Once codeine dependence takes hold, a person may start to experience withdrawal effects in the form of:

Withdrawal effects result from chemical imbalances in the brain. Normally, the brain tries to compensate for excess chemical amounts by “deactivating” receptor cell sites. When this happens, a person has to ingest larger doses of codeine in order to experience the same desired effects, according to Columbia Health. These processes only encourage ongoing drug use and increase the level of codeine dependence.

While the specific causes of codeine dependence can vary from person to person, certain risk factors can predispose a person to excess drug use. Hereditary factors can definitely play a role, especially in cases where a person has a family history of substance abuse problems.

People suffering from psychological problems can also gravitate towards codeine abuse as a way to self-medicate symptoms of depression or anxiety. High-stress lifestyles can also drive a person to seek out relief through repeated codeine use.