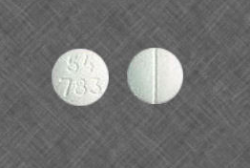 Let us help you get the help you need to recover from your codeine addiction.

Codeine sulfate is an opioid analgesic that is typically used to treat pain, cough and sometimes to suppress premature labor. The drug is related to morphine in some ways but is far less potent than morphine.

Codeine is the second-most predominant alkaloid found in opium and is extracted from the Iranian poppy. In some patients, Codeine is less effective as an analgesic while in others it can provide highly effective analgesic effects. This is largely dependent on the method in which each individual metabolizes codeine. When codeine enters the body, a conversion occurs in the liver that causes a cataclysmic change of the drug which morphs it into morphine. A small percentage of Caucasians, Asians and Arabs are considered poor metabolizers and receive very little effects when Codeine is prescribed as an analgesic.

We can help you find effective treatment for codeine addiction in your area.

Here you will learn about:

Because Codeine is absorbed from the gastrointestinal track, maximum plasma or blood concentration occurs within one hour of taking the drug. Food does not have a significant impact on the rate at which Codeine is absorbed or the extent in which the Codeine sulfate produces analgesic effects though some doctors will recommend taking the drug with food to prevent upset stomach for occurring.

The drug is extensively distributed into the tissues of the body and has a very low plasma protein biding which means that although Codeine may be present in the system, it tends to show up most in tissue versus the blood. Approximately 7-25% of codeine binds to plasma proteins with the remainder of the drug binding to tissues within the body.

It is estimated that codeine has a half life of about 3 hours which means that approximately 50% of the dose is eliminated or metabolized through the body within 3 hours of taking or being administered the medication. 90% of the total dose is excreted through the kidneys of which a small percentage is unchanged or un-metabolized codeine. The remaining dose is typically eliminated from the body within about 7-10 hours.