Interactions with Other Drugs 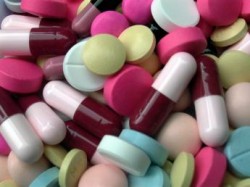 Codeine interactions with other drugs can become fatal if done incorrectly.

Codeine is an opiate analgesic medication that is often prescribed for the treatment of pain or the reduction of cough. The drug may cause interactions when taken with other drugs so it’s important to talk with your doctor about any medications that you may be taking prior to taking codeine.

Here’s a look at how codeine could interact with some other classifications of drugs or medications:

Drugs such as sedatives, hypnotics, general anesthetics and tranquilizers should not be taken with codeine. The effect can lead to an additive CNS depression, respiratory depression, sedation, or coma. If codeine is prescribed for use while you are taking any type of CNS depressant medication you should make sure that the dose prescribed is reduced and that you use the medication with extreme caution to avoid potentially fatal dangers.

If you are using an MAO inhibitor or any type of tricyclic antidepressants you should talk with your doctor about the effects of the antidepressants and the codeine when combined. MAOIs often create the perceived action of morphine sulfate which is the major metabolite of codeine. Therefore, codeine should not be taken by those who are on an MAO inhibitor or who have taken MAOIs within the past two weeks. Codeine could interact with these medications and result in dangerous concentrations of metabolized morphine within the body.

Codeine can increase or elevate the plasma amylase levels and the lipase levels which will cause varied results in laboratory testing. The potential for codeine to produce spasm of the sphincter of oddi can lead to an in ability for drug labs to determine enzyme levels or to be unreliable in some cases.