Codeine is a naturally occurring opiate alkaloid in opium with a mild analgesic equivalency of approximately 1/10th that of morphine. Much of the codeine used in pharmaceuticals is extracted from the more abundant morphine contents of opium for treatments of pain, cough, and diarrhea. Like morphine, codeine has the ability to produce euphoria, calmness, and sedation which are the primary effects abusers seek to obtain when they abuse codeine drugs.

According to the NIDA,” Abuse of prescription drugs is highest among young adults aged 18 to 25″ and “Among youth aged 12 to 17, 3.0 percent reported past-month nonmedical use of prescription medications.” Around the world, codeine medications are some of the most widely prescribed and easily obtainable from family medicine cabinets, elderly or disabled relatives or friends, and prescription diversions for sales on the street.

Awareness is a primary and necessary tool used to help combat the epidemic rises in addiction and overdose occurrences involving opioid prescription drugs which are “the second most initiated drugs behind marijuana” according to the National Association of State Alcohol and Drug Abuse Directors – February 2015 and the following, are 10 telltale signs of codeine abuse.

Codeine converts to morphine as it is metabolized and morphine closely resembles endogenous morphine (endorphins) that we produce naturally in our central nervous system (CNS) and pituitary glands helping us to inhibit the stimuli of pain, relax, and feel the sense of pleasure.

When the person uses codeine, it activates opioid receptors in the brain and the CNS to produce dopamine, a neurotransmitter chemical that influences reward and pleasure. The more codeine the person takes, the more dopamine is released and the greater the sense of reward and hence, euphoria. The person may appear giddy, excited, happy, and bouncing from one activity to the next.

One moment the person may be happy, calm, and satisfied and in the next instance, they become sad or melancholy, or overly obnoxious, aggressive, hostile, and overbearing in their attitudes with a disregard for feelings or harm they are causing to others. 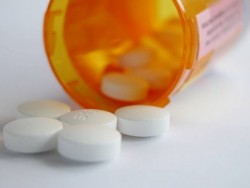 Drastic mood swings are one of the most frequent telltale signs of codeine abuse as well as for other psychoactive drugs. They usually cause the family and loved ones of the abuser to suffer more emotional distress and fear than what the abuser is able to recognize.

Codeine is a psychoactive drug that decreases cognitive functions when the person is intoxicated and some effects can last longer than others. They may have an inability to concentrate or focus, have a short attention span, show lack of common sense, or be forgetful.

Codeine depresses CNS functions that regulate motor functioning skills. Loss of coordination, muscle relaxation, and slow response times can contribute to falls, injuries, bumping into objects, or other accidents and the person should not drive or operate heavy machinery as a warning.

Codeine has a mild tranquilizing effect that many abusers use to escape the harsh realities or life, to relax, or to “chill” with friends in social scenes. The more often the person abuses the codeine, the more adaptations that take place in their neurobiological chemistries that lead to motivation loss.

They may isolate themselves and complain of being tired or sick when asked to engage in family or fun activities and may show signs of loss motivations to go to school or work, take care of themselves or their family, children, home, and other obligations.

Changes in appearance are telltale signs of codeine abuse including:

Over time, the ability to achieve the pleasing and desired effects from codeine abuse will diminish as a tolerance to the drug develops requiring progressively higher doses and increasing dependency. A telltale sign of codeine abuse is the negative state of withdrawals the abuser goes through when they stop using the drug.

According to the Scripps Research Institute “The occasional but limited use of a drug with the potential for abuse or dependence is distinct from the emergence of a chronic drug-dependent state”, but, even if there is only occasional codeine abuse, the accumulative adaptations can result in withdrawals such as:

Preoccupations with codeine abuse may involve researching drugs on line, frequent phone calls to or from unknown people who may deal or have access to the drugs, and loss of interest in people or activities where the abuse would be discouraged and replaced with those that can potentiate further abuse.

Several behavioral changes may be telltale signs of codeine abuse including:

Codeine abuse changes the way the person’s brain regulates emotions and repeat disruptions can lead to an inability to manage stressful conditions including the guilt, shame, and other consequences of the abuse. Anxiety, depression, aggressive or hostile tendencies, suicidal ideations, and other emotional despairs can come about through decreased functioning in the reward circuits compounded by dysregulations in brain stress control systems.