The Codeine Abuse Cycle & the Danger of Snorting Pills

Opiate abuse takes many forms, taking users through ever-worsening stages of abuse and eventual addiction. Someone caught up in a cycle of codeine abuse may well end up snorting pills in powder form to experience a more intense “high” effect.

While the effects will likely be more intense, the danger of snorting pills brings on its own set of consequences. Understanding how the opiate abuse cycle works can help provide some insight on how to stop abuse and addiction in its tracks.

Call our toll-free helpline at 800-774-6145 (Who Answers?) for help with finding a treatment program that meets your needs.

Over the course of abusing codeine, the brain goes through a series of adaptations in order to accommodate its effects. According to the Journal of Neuropsychopharmacology, as these adaptations take shape the brain develops an ongoing tolerance for the drug’s effects.

Where once popping a pill was enough to produce the drug’s desired effect, a person must resort to more aggressive ways of using the drug in order to experience the desired “high” effect. From the user’s perspective, the dangers of snorting pills takes a back seat to the growing need for codeine’s effects. 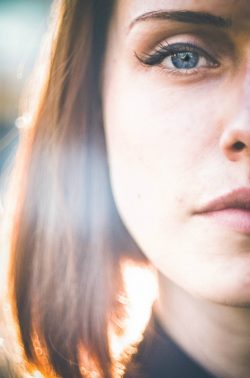 Respiratory problems are a direct result from snorting pills. In effect, snorting codeine on a regular basis causes extensive damage to the nasal passageways as well as the lungs. Before long, the risk of choking while snorting increases. Once damage to the respiratory reaches a certain point, a person starts to have problems breathing.

Other respiratory-related dangers of snorting pills include:

It doesn’t take long before the brain’s ongoing tolerance for codeine’s effects evolves into a full-blown physical dependence on the drug. Since snorting codeine in pill form produces a stronger effect, a person stands to become dependent at an even faster rate than when popping pills.

This danger of snorting pills sets the opiate abuse cycle in motion, causing withdrawal episodes to occur on an increasingly frequent basis. In turn, the discomfort that withdrawal brings incites more drug use in order to gain relief from uncomfortable symptoms, such as depression, fatigue and agitation.

According to Seattle.gov, opiate-related overdose deaths increased by 45 percent between 2006 and 2010. This rate of increase speaks to the inherent dangers of snorting pills on a continual basis.

The combined effects of increasing tolerance levels and withdrawal effects drives a person to take incredibly large doses of codeine at a time. As dosage levels start to exceed the brain’s capacity to maintain control over vital bodily processes, overdose is likely.

Once snorting codeine no longer produces the drug’s desired effects, it’s only a matter of time before a person progresses to either a stronger drug, such as heroin or starts shooting up instead snorting. Ultimately, a full-blown addiction becomes inevitable as the mind comes to need codeine’s effects to meet the demands of daily life.

If you’re struggling with a codeine abuse problem, getting treatment sooner rather than later can save you from the pain and heartache of addiction. Call our toll-free helpline at 800-774-6145 (Who Answers?) . We can help you find a rehab program that meets your treatment needs.

Can You Get Addicted from Snorting Codeine?