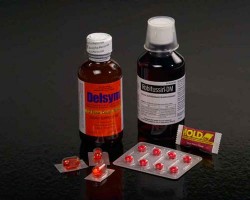 Codeine is a popular pain killer, similar to morphine, which is found in a variety of medications that help treat ailments such as depression, anxiety, coughs, diarrhea, and minor injuries. Codeine can also be prescribed in a tablet that only contains Codeine and is not mixed with anything else. This is the drug that is typically abused.

Codeine is not as strong as other pills such as Oxycodone or Hydrocodone, but because of this, Codeine is prescribed more easily and people who take Codeine for a long period of time tend to develop a dependency on the drug.

The Effects of Codeine

Codeine, like other opiates, depresses the nervous system and affects the pain sensors in the body causing a sedative effect. This effect will cause complete relaxation throughout a person’s body but will also affect emotional responses. A person who prolongs the use of Codeine will begin to take higher doses in order to feel the same effects of the drug as they did the first time they used it. This can lead to Codeine abuse.

Signs and Symptoms of Codeine

People who become addicted to Codeine will have a hard time functioning in the real world and will display numerous symptoms of their dependency on the drug.

According to www.addictionhope.com, some of the most common signs and symptoms to look out for in regards to Codeine abuse are:

Some of the withdrawal symptoms that are commonly seen in people who suffer from Codeine abuse are, insomnia, muscle twitching, nausea, headaches, diarrhea, weakness, and fevers.

What to do about Codeine Addiction

A person addicted to Codeine should seek help from outside sources, such as a drug rehab, in order to overcome their addiction. Being that Codeine is found in so many medicines; Codeine can be a harder addiction to overcome. This is why having help from a drug rehab center or any outside source that deals with addiction, could help an individual overcome their addiction better. The help and support of others to get through the withdrawal symptoms and to stay clean is proven beneficial for people who abuse Codeine or any opiate.