Who’s Most at Risk of Codeine OD?

As the first opiate-based drug to be marketed as an over-the-counter product, codeine produces fast pain-relieving effects for mild to moderate pain symptoms. While this can be a life-saver for someone with work and family obligations to meet, the risk of experiencing the more harmful effects of codeine increases the longer a person keeps using it.

People most at risk of codeine OD or overdose have unknowingly laid the groundwork for an overdose event to take shape. Likewise, risks for codeine OD can also carry over into the recovery process due to the aftereffects of the drug on the body.

Understanding how codeine works can go a long way towards helping you avoid the risks associated with codeine OD as well as knowing when to get treatment help.

Call our toll-free helpline at 800-774-6145 to ask about codeine addiction treatment.

According to the New England Journal of Medicine, the potential for codeine overdose lies in how the brain continues to tolerate the drug’s effects over time. Codeine’s chemical structure easily blends with the brain’s chemical system, creating a growing state of dependence on codeine’s effects.

In the process, users must continue to increase their dosage amounts in order to experience the pain-relieving and/or “high” effects of the drug. Since codeine’s effects develop out of its ability to slow down the body’s major systems, once dosage levels reach a certain point, the risk of overdosing increases considerably. 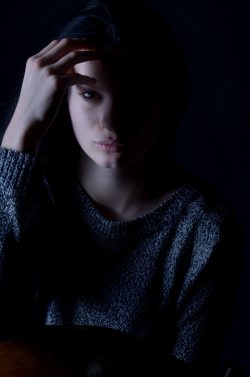 Codeine OD symptoms indicate one or more of the body’s major systems has shutdown. More often than not, codeine’s overwhelming effects will shut down the body’s respiratory system first.

According to University of Maryland Medical Center, other symptoms of overdose to watch for include:

Who’s Most at Risk?

The longer a person abuses codeine the higher the brain’s tolerance for the drug. Consequently, long-time users have reached a point where they require incredibly high dosage amounts to experience the “high” effects of the drug.

Poly-drug use entails abusing different kinds of drugs at the same time. According to the Journal of Addictive Diseases, combining codeine with drugs that also slow the body’s major systems greatly increases the risk of codeine OD. These drug types include benzodiazepines, alcohol and sedatives.

For people with long histories of codeine or opiate abuse, the risk of OD runs especially high after detox treatment or after abstaining from drug use for a period of time. In effect, the brain’s tolerance for codeine drops after periods of abstinence.

If a person should relapse and attempt to pick up where he or she left off in terms of dosage level, the brain can no longer tolerate this amount. These conditions carry the greatest risk for codeine OD.

If you’re concerned that you or someone you know may be at risk of codeine overdose and don’t know where to turn, call our helpline at 800-774-6145 to speak with one of our addiction counselors.