Dangers of Mixing Codeine and Alcohol

Codeine, a Schedule II class narcotic opiate, has a wide range of medicinal as well as recreational uses. Like all narcotic-type drugs, codeine carries a fairly high potential for abuse and addiction.

As a prescription pain relief medication, codeine appears in combination with other non-opioid pain reliever drugs. When used for recreational purposes, the methods of use can vary from smoking to snorting to injecting the drug.

Since each person’s body responds to different substances in different ways, certain risk factors make a person more susceptible to the dangers associated with mixing codeine and alcohol. 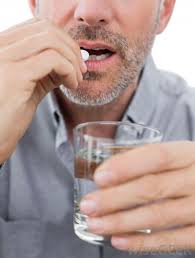 There are serious health consequences when you mix drugs like codeine with alcohol.

In spite of its frequent use as an over-the-counter medication, codeine’s chemical make-up can bring about serious, unforeseen health problems when used in excess. Codeine’s chemical composition derives from opium, a powerful narcotic agent. Most all opium-type compounds gain easy access within the brain’s chemical pathways.

With each dose of codeine, the brain’s cells produce unusually large amounts of endorphin chemicals. Codeine’s pain-relieving properties result from this release of chemicals in the brain.

In effect, these chemicals work to slow central nervous system(CNS) processes as well as any and all bodily systems regulated by the CNS, according to Elmhurst College. With frequent use, these effects start to take a toll on brain cell functions making them less able to regulate bodily processes as normal.

Before long, the brain requires the effects of codeine to function normally. Under these conditions, mixing codeine and alcohol only aggravates a growing problem.

In actuality, alcohol’s mechanism of action closely resembles that of codeine in terms of slowing down CNS functions. Whereas codeine triggers the release of dopamine and serotonin endorphin chemicals, alcohol decreases glutamate chemical levels in the brain.

Consequently, someone who’s mixing codeine and alcohol will experience a sedation-type effect due to the dual effects of these drugs in the brain.

The body’s metabolism rates ultimately determine how long any one substance stays in the bloodstream. The liver plays a central role in moving materials through the bloodstream and filtering out wastes and toxins.

As a result, both substances remain in the body longer than normal due to slowed metabolism rates. When consumed in large quantities, codeine and alcohol can bring about some pretty serious health consequences.

Codeine side effects include:

Potential side effects of alcohol include:

This array of possible side effects makes for unpredictable outcomes when mixing codeine and alcohol, many of which can place a person’s safety in considerable danger.

Fatality rates involving codeine overdose incidents run much higher than many people suspect. According to the University of North Carolina, more deaths resulted from codeine overdose than those caused by car accidents and suicides within 20 states in 2007. No doubt, the widespread availability of this drug contributes to the high rate of mortality associated with codeine use.

Symptoms of codeine overdose include:

Considering how alcohol only works to intensity the effects of codeine on the body, the likelihood of codeine overdose increase exponentially when mixing codeine and alcohol. Ultimately, the mixture of the two nearly incapacitates the brain’s ability to regulate bodily functions.

Symptoms of alcohol poisoning include:

Dangers for Women vs. Men

As women’s bodies tend to have a higher fat content than men’s, a woman’s metabolism rates generally run slower. According to the National Institute on Alcohol Abuse & Alcoholism, a woman’s blood alcohol level will run higher than a man’s, even in cases where the same quantities of alcohol are consumed. This means, mixing codeine and alcohol poses an even higher health risk for women than men.

Both codeine and alcohol can slow the body’s respiratory processes down to dangerous levels when large enough amounts of one or the other are consumed. More than anything else, fatalities caused by codeine overdose in particular result from respiratory failure. In effect, the mixing of codeine and alcohol places a person at an even higher risk of experiencing respiratory distress.

Each of these factors leaves a person that much more vulnerable to the dangerous effects brought on by mixing codeine and alcohol.