Codeine serves a wide variety of uses as a pain relief medication. According to the U. S. Food & Drug Administration, as a narcotic opiate drug, codeine works well as a treatment for mild, moderate and severe pain symptoms. It’s also an active ingredient in many over-the-counter cough suppressant drugs. 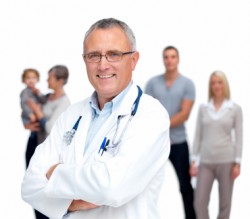 Codeine is prescribed for a few different medical uses.

Codeine product types come in tablet, capsule and liquid forms. For product marketing purposes, medical codeine uses have been developed for both adults and children alike.

Some of the codeine brand names available include:

According to the U. S. National Library of Medicine, codeine’s analgesic effects work well at relieving pain symptoms, but don’t actually treat symptom causes, nor does it aid in the recovery process. Codeine’s works by disrupting nerve signal transmission between the brain and central nervous system. Likewise, codeine suppresses a cough by reducing the level of activity in the part of the brain that causes a person to cough. Medical codeine uses rely on the drug’s ability to alter brain chemical processes in targeted ways.

Any and all narcotic-type drugs fall under legal jurisdiction as controlled substances. Controlled substances are divided into five different drug classes based on their potential for abuse and addiction. According to the U. S. Drug Enforcement Administration, the wide range of medical codeine uses places this drug in four out of five drug classes.

In spite of the numerous medical codeine uses, this drug’s addictive properties should not be overlooked. Codeine’s opiate effects are no less of threat than other opiate drugs, such as morphine and heroin.

Codeine’s effects derive from its ability to interfere with brain chemical processes, which ultimately reconfigure communication pathways in the brain. While accepted medical codeine uses go a long way towards treating most every type of pain symptom, codeine also produces pleasant aftereffects that encourage abusive practices.

Overall, codeine’s accepted uses do not negate the powerful effects of the drug as many a casual user has ended up addicted and unable to stop.