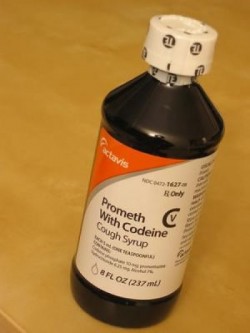 There are a vareity of Codeine brand names

Codeine is most often combined with other medications and then marketed under certain brand names such as Robitussin AC which contains codeine. There are many branded products on the market that include a combination of codeine and another drug such as Phenylephrine, Pyrilamine, Guaifenesin or Chlorpheniramine. Other combination products may also be found in the medical field utilizing both codeine and other substances. A very common branded name is Tylenol 3 with Codeine, a commonly prescribed pain relief medication.

Other brand names for codeine or brands of drugs that include codeine include:

Codeine is often marketed under different brand names to signify the method for which the drug is used in a combination of other drugs. For instance, Cotabflu is a brand of codeine that is used in the treatment of upper respiratory complications such as cold symptoms, cough and hay fever. Codeine is also marketed under the brand name Colrex for the treatment of similar respiratory complications.

Poly-Tussin AC, Bovex PB C and similar combinations of brompheniramine, codeine and phenylephrine are all used in the treatment of upper respiratory complications such as cold symptoms, cough and nasal congestion. Many other mixtures of drugs are also used with codeine for similar cold symptom treatment.