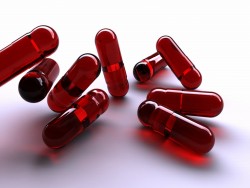 Codeine is used as a pain killer but can lead to a serious addiction.

Codeine is a member of the opioid family of drugs that is derived from the opium poppy and synthesized in a laboratory to create an analgesic drug that is common prescribed for the treatment of mild to moderate pain, cough and sometimes diarrhea. Codeine is considered a narcotic and it does carry a potential for causing addiction though it is not typically considered as dangerous as some other opiates such as Hydrocodone or Oxycodone.

Because codeine has such as potential for abuse, the drug is regulated heavily by law enforcement and the DEA to prevent the medications that have codeine in them from getting into the wrong hands. Despite the efforts of law enforcement and other agencies, codeine continue to make its way to the streets through prescriptions and illegal sales causing a rash of problems and consequences for those who do become physically dependent on the drug.

What You Should Know About Codeine

The most important factor to consider about codeine is that the drug is addictive and that it does have a potential for causing physical dependence. The drug is habit-forming when taken repeatedly and sustained use of codeine can lead to a number of physical and psychological dependence factors that are difficult to treat.

Codeine can be a dangerous substance if it is not taken exactly as prescribed or if the drug is taken with other medications or alcohol. Codeine and alcohol can have deadly side effects because both of these substances cause central nervous system depression that can lead to come, seizures, and death. Talk to your doctor if you are a regular drinker and you have been prescribed codeine for the treatment of cough or pain.

It’s important that you do not take codeine with other medications unless you have been prescribed to do so by a doctor. It’s equally important to only take the prescribed amount of codeine and not to take the drug more often than the doctor has prescribed. Should a tolerance to the drug occur, the user should seek medical attention to determine if the dose should be increased or if another medication should be considered for the treatment of pain.

Talk to your doctor before taking codeine if you have had adverse reactions to other opiates or if you suffer from any of the following disorders:

These are just some of the precautions that you should be aware of prior to taking codeine. If you know someone who is abusing codeine or who suffers from codeine addiction, call our helpline at 800-774-6145 (Who Answers?) for immediate help.