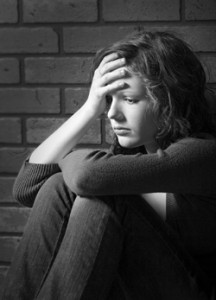 Codeine abuse can lead many physical and mental problems.

Codeine is an opiate that has a wide potential for abuse and can cause physical dependence as well as addiction. Opiate abuse often results when an individual is prescribed the medication for pain and upon building a tolerance to the drug begins to take more or takes the medication more often in order to feel the same pain relieving effects. Codeine abuse is not necessarily addiction but it is one of the early signs that there is a potential for a bigger problem to come.

Excessively using codeine can lead to physical dependence and to addiction which is really one of the worst effects of the drug abuse.

Codeine can have the following effects on the body:

Codeine abuse which includes physical dependence is likely to cause a range of withdrawal symptoms. These symptoms can make the decision to stop taking codeine a very challenging process both physically and psychologically. The user may wish that he or she could stop taking the drug, but despite a desire to do so the withdrawal symptoms keep the user from being able to abruptly quit without the urge to return to previous behaviors of drug abuse.

Is codeine abuse the same as addiction? The short answer to this question is, “NO.” However, codeine abuse does have the potential for becoming a more serious problem that warrants the need for professional treatment.

The following symptoms of codeine abuse can help you decipher if it’s abuse or addiction at hand:

The difference between these symptoms and codeine addiction symptoms is that addiction is more of an uncontrollable use of the drug.

If you suspect that you or a loved one is addicted to codeine or suffers from codeine abuse, call our helpline at 800-774-6145 (Who Answers?) to speak with a counselor.