Codeine is a naturally occurring opiate in the opium poppy. As a narcotic with psychoactive properties, it affects the brain and central nervous system producing euphoria, pain relief, and decreased stimuli such as cough. The potential for dependency and abuse varies by medication and the equivalency of codeine content they contain. Once dependency occurs, withdrawals symptoms will be experienced when the codeine use is discontinued.

Codeine is prescribed to treat mild to moderate pain. It is often combined with an analgesic such as acetaminophen or aspirin which helps with the pain relief while reducing the exposure to the opiate content. There are many different brands of these medication combinations with alternate potency variations. Some may have higher codeine content than others and some may have higher acetaminophen or aspirin content. Abuse of these medications can lead to serious physical health risks over and above the risks of using codeine alone.

Cough syrups with codeine are favored by codeine abusers. The syrups often contain Promethazine, which is a CNS depressant, like codeine, and reduces cognitive and motor functioning to cause relaxation, sedation, calmness, or lack of coordination. “Sippin on Syrup”, “Sizzurp”, “Purple Drank”, and “Lean” are just a few of the street names for the abuse of cough syrups with codeine.

As with any opiate, using codeine poses the risk of becoming physically and psychologically dependent on it. When usage is stopped the body and mind negatively react sending signals that more of the codeine is needed to balance chemical imbalances and hormonal changes that are occurring. Common codeine withdrawal symptoms include: 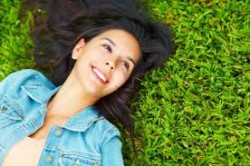 Codeine withdrawal symptoms will largely be gone within a week.

Codeine withdrawal symptoms are increased with chronic or long term abuse and according to the DEA,” The intensity and character of the physical symptoms experienced during withdrawal are directly related to the particular drug used, the total daily dose, the interval between doses, the duration of use and the health and personality of the user.”

Typically, the most common withdrawals will begin within a few hours and last 3-5 days with intensity building throughout the time period. After this acute withdrawal stage, continued cravings can last weeks or months. In cases where other mental health disorders or co-occurring substance abuse exists, the withdrawals can be more serious and often these issues are undiagnosed, which could lead one to believe that symptoms such as anxiety, depression, or other psychological issues are continuous codeine withdrawals when in fact, they are not.