How Long Do the Symptoms of Codeine Withdrawal Last?

Codeine is available in many brand-name painkillers, cough syrups, and diarrheal medicines. Although milligram dosages and compounds vary, in comparison to morphine, it’s relative opiate, it is generally less potent. Regular use of codeine, like every other opiate, can lead to tolerance and dependence and the dosages are more likely to be increased far beyond therapeutic levels.

For the most part, it is these adaptation levels that have the greatest influence on the length of withdrawals, but, many other factors can play into the mix, adding to the complexities.

Cravings are the symptoms of codeine withdrawal that last far beyond the physical detox from the drug. They can be present for months or reappear years later and are often associated with the high rates of relapse in opiate dependent individuals.

According to the Substance Abuse and Mental Health Services Administration, “Cues–any stimuli (substance-using friends, locations, paraphernalia, moods) repeatedly paired with substance use over the course of a client’s addiction–can become so strongly associated with the substance’s effects that the associated (conditioned) stimuli can later trigger arousal and an intense desire for the substance and lead to relapse.”

How Long Do the Physical Symptoms of Codeine Withdrawal Last?

Physical symptoms of codeine withdrawal are flu-like in nature and they usually begin the first day and generally last anywhere from 3-5 days for example: 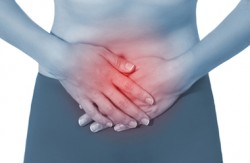 Early symptoms of Codeine withdrawal include abdominal pain and nausea.

How Long Do the Psychological Symptoms of Codeine Withdrawal Last?

Psychological symptoms of codeine withdrawal become most disturbing after the acute phase subsides and mental clarity returns. The most common post acute symptoms are insomnia, depression, anxiety, suicidal ideations , guilt, shame, fear of changes, loss of confidence, fear of relapse, and lethargy that can last 6 months or longer. Getting through these symptoms of codeine withdrawal requires ongoing efforts to make the right choices and changes. This faster you do so, the faster you will recover.