Codeine, one of the many opiate drugs on the market, has driven more than a few people to abusing and eventually becoming addicted to the drug. Anytime a person stops using an opiate or reduces dosage amounts, a condition known as opiate withdrawal syndrome will likely develop. 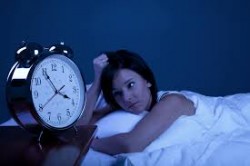 The worst of the physical withdrawal symptoms will be gone in a week, but psychological symptoms may persist for longer.

According to the National Pain Foundation, opiate withdrawal syndrome results when the brain and body have grown dependent on the effects of codeine or any other opiate drug. In cases of prolonged codeine use, the drug’s cumulative effects leave users experiencing withdrawal symptoms regardless of whether they stop using or cut back.

As withdrawal becomes one of the biggest fears addicts face when it comes to breaking an addiction habit, knowing how long codeine withdrawal typically lasts can better prepare a person for the experience. In effect, the length of a codeine withdrawal period will vary depending on the severity of the addiction.

While codeine exists as one of the weaker opiate drugs, it can nonetheless bring on some fairly uncomfortable withdrawal symptoms. The severity of symptoms will vary depending on how long a person has abused codeine and the amounts normally ingested. As one of the more short-acting opiate drugs, codeine doesn’t stay in the body as long so withdrawal symptoms will start sooner than with other long-acting opiates like OxyContin and Duragesic.

With long-term codeine use, the drug essentially takes over brain chemical processes. As the drug leaves the system, brain processes enter a state of imbalance, which users experience as opiate withdrawal syndrome.

The codeine withdrawal period begins with the most severe or acute symptoms, which typically start anywhere from 12 to 36 hours after the last dose. Symptoms commonly experienced include:

This stage reaches its peak within three days and can last for as long as five days with symptoms gradually residing after the three-day mark. For people who’ve only used codeine for a short time, this marks the end of the codeine withdrawal period.

People who’ve used codeine for months or years at a time can expect to experience a second stage of withdrawal effects that may last for up to two weeks. Unlike the acute stage, symptom severity decreases considerably.

Symptoms experienced at this stage include:

By far, depression symptoms become the most distressing of all during the second stage, so much so that those trying to recover are most tempted to relapse during this time.

With long-time codeine use, a person will likely experience post-acute withdrawal effects. This stage can last considerably longer than the other two, though the severity of symptoms is greatly reduced.

Symptoms experienced during this stage are more so psychological in origin as the brain works to restore chemical levels back to normal. Symptoms to watch out for include:

The post-acute withdrawal period can last anywhere from two to six months depending on the severity of the addiction.