With codeine products appearing on local drugstore shelves, it can be easy to underestimate what this drug can do. Codeine works well as an overall analgesic and cough suppressant when taken as prescribed. When recommended dosage amounts are exceeded, users may get more than they bargained for in the long run.

Codeine belongs to the opiate class of drugs, which includes heroin, Oxycontin and Demerol. When used for nonmedical purposes, opiates in general can wreak havoc in a person’s life, so much so that over 50 percent of drug treatment admissions in 2008 resulted from opiate abuse practices, according to the National Institute on Drug Abuse.

Codeine’s pain-relieving abilities also come with certain aftereffects that make it easy for users to continue taking the drug. Aftereffects take the form of feelings of calm and euphoria that for many people become the driving force behind codeine abuse practices.

Like most all opiate drugs, codeine interferes with brain and central nervous system functions by stimulating neurotransmitter chemical secretions. Normally, the brain secretes these chemicals on an as-needed basis. The pleasant aftereffects brought on by codeine drives users to keep taking the drug. Over time, this pattern of use causes brain chemical balances to develop. 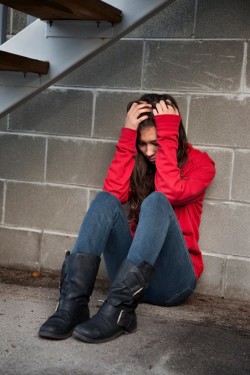 Withdrawal happens to anyone who is dependent on codeine and stops using it.

According to Columbia Health, codeine withdrawal effects can develop in one of three ways:

After so many weeks or months of using codeine, the brain grows dependent on the drug’s effects. This growing dependency causes brain cell structures to grow weaker making them less sensitive to codeine’s effects.

After so long, the brain is unable to carry out normal regulatory functions at which point withdrawal symptoms start to develop. Symptoms typically take the form of:

If a person starts reducing his or her dosage amount or stops taking the drug altogether, withdrawal effects will come on that much stronger.

In the case of long-term codeine users, brain chemical imbalances grow increasingly worse over time. Likewise, withdrawal effects will become more intense and happen more often the longer a person continues to use the drug.

People who experience codeine withdrawal effects on a frequent basis may resort to using codeine to self-medicate uncomfortable withdrawal symptoms. At first, the drug does provide a certain degree of relief; however, this practice only makes matters worse.

In effect, a person will have to take increasingly larger doses to experience the desired effects as brain cell structures continue to weaken with ongoing use. Within a matter of months, a person can become psychologically dependent on the drug’s effects. At this point, codeine withdrawal effects start to alter users’ lifestyles to the point where the drug becomes the center of a person’s life.