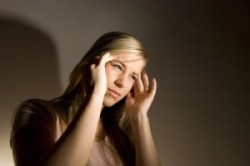 Codeine can lead to chemical imbalances and other issues.

Codeine is one of the few opiate-type drugs that’s marketed in both prescription and over-the-counter forms. Codeine produces pain-relieving effects and also acts as an effective cough suppressant agent.

According to the Institute for Substance Abuse Treatment Evaluation, the short-term effects of codeine on the brain release large amounts of neurotransmitter chemicals, offsetting the brain’s natural chemical balance. Over time, these short-term effects produce potentially long-term problems for people who abuse codeine on a regular basis.

The primary effects of codeine work to sedate or slow down brain and body processes. Codeine does this by causing the release of endorphin chemicals at key brain cell receptor sites. Endorphins produce a calming effect on their own and act as the body’s natural pain-relieving chemicals.

Feelings of euphoria are an aftereffect of codeine’s intended purpose as a pain reliever. Dopamine, one of the brain’s main endorphin chemicals, naturally produces feelings of well-being and elation when high levels are present in the brain.

This short-term effect of codeine accounts for the drug’s high potential for abuse. In cases where a person has an existing depression or anxiety disorder, the potential for abuse increases considerably. When an underlying psychological disorder is present, codeine abuse can quickly become a means for self-medicating distressing symptoms.

As codeine closely resembles the brain’s own pain-relieving endorphin chemicals, the brain can interact with codeine in the same way it interacts with its own natural chemicals. As a result, the brain’s tolerance for codeine will continue to increase with ongoing drug use. As a short-term effect of codeine, increasing tolerance levels become the driving force behind the drug’s addictive potential as users must ingest larger doses to experience the same desired effects of the drug.

The short-term effects of codeine have a cumulative effect that inevitably results in physical dependency. Since codeine over-stimulates brain cell receptor sites, repeated stimulation causes brain cells to break down and deteriorate.

According to Elmhurst College, these damaging effects weaken the cells’ ability to regulate chemical processes in the brain. When this happens, users experience withdrawal effects, some of which include:

Codeine’s ability to interfere with brain chemical processes not only produces pain-relieving effects, but also offsets the brain’s natural equilibrium.

Overall, the short-term effects of codeine can be of great benefit when the drug is taken as prescribed. Otherwise, users open themselves up to the drug’s cumulative effects with each successive dose when taken in excess amounts.