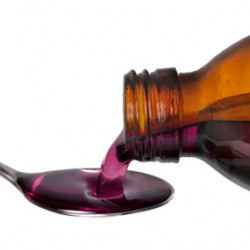 Codeine overdose can be deadly.

Codeine is typically found mixed with other drugs to help people alleviate pain in the body caused from different ailments or diseases. Codeine can also be prescribed to a person in an oral tablet that is not mixed with another pain killer such as acetaminophen or Ibuprofen.

Because Codeine is processed differently in people, it is important for a person to only take the recommended dosage, but some people take more and overdose on Codeine which can lead to bodily damage as well as death. In addition, people who are not prescribed Codeine do not know the correct dosage for them to take. It is important for anybody who overdoses on Codeine to seek medical help immediately.

Symptoms of a Codeine Overdose

Once Codeine addiction has formed a person will have a hard time letting go of the drug. This will most likely result in illegal ways of getting the drug. Moreover, a person addicted to Codeine will continually need higher doses of the drug in order to reach the high that they desire since their body has become dull to the effects of the drug over time. This is also another cause for Codeine overdoses because a person takes too much of the drug thinking that they will need that much for the drug to work.

Getting help for Codeine Addiction

Coming off of Codeine will result in some withdrawal symptoms and is not easy for any person to do. However, the prolonged use of Codeine could result in serious bodily harm and destruction of organs as well as possible fatality. Getting rid of a codeine addiction is beneficial to any person and should be done with the proper help and support.