Contrary to popular belief codeine can be dangerous if it is abused. Codeine abuse has been on the rise in the United States and is widely used by teenagers and young people because it is so easily accessible. Codeine is prescribed for pain but it may also be prescribed to treat diarrhea and coughs that can’t be controlled by over the counter medications.

The problem is that when the cough is gone, people hold on to their medication instead of discarding it in a safe and appropriate manner. That means that many young people need only look as far as their own medicine cabinet to obtain codeine. With abuse of codeine becoming more and more prevalent, people are discovering it has very dangerous health risks similar to other opiate medications.

Codeine may not be as strong as other narcotic opiates like Percocet and Oxycontin but it is still very dangerous when it is abused or taken in large amounts for extended periods of time. According to NIDA, street names for codeine are “Syrup,” “Purple Drank,” “Sizzurp,” “Lean”. 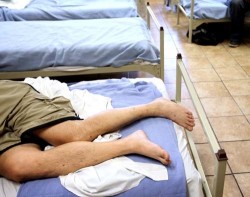 Codeine can do great harm to a person’s vital organs.

While rappers like Lil Wayne glorify “sipping on syrup” in their music, it should be known that abusing codeine can lead to dependence or addiction to the drug. It is also important to remember that Lil Wayne reportedly nearly died because of his addiction to codeine. His kidneys shut down and rumor has it that he was in a coma for several days before starting to improve. Repeated codeine abuse can cause other organs to fail as well. It affects the heart, kidneys and the lungs and can cause long term psychological damage to the brain.

Abusing codeine can cause drowsiness, confusion, lack of coordination, confusion, anxiety, paranoia and someone who is addicted to codeine may just seem to be completely out of it. They might fall or have difficulty staying upright. Someone abusing codeine may feel sick to their stomach or suffer from nausea, vomiting and abdominal pain or cramping.

When the use of codeine is stopped after someone has abused it for a long time it also causes physical withdrawal symptoms and some will need to undergo medical detox from codeine and long term therapy in a drug rehabilitation program.

There is very little risk of becoming addicted or dependent on codeine if you use it like you are supposed to. It is much easier to prevent an addiction to drugs like codeine than it is to overcome them. Stick to the recommended dose and discontinue use of codeine once your symptoms have cleared up.

Don’t get caught up in abusing drugs because you’ve seen celebrities all but endorsing it’s use and think that it’s going to be cool. Addiction is not cool. Addiction makes you a prisoner and destroys everything good in your life. It takes years to feel like yourself again. Addiction is treatable but it cannot be cured so to put it plain and simple, it’s simply not worth the hype.