Most Dangerous Codeine Side Effects 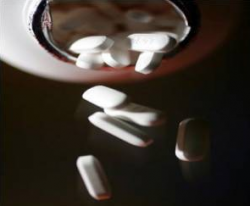 There are serious and very dangerous codeine side effects you need to watch out for!

As a Schedule II class narcotic, codeine’s medicinal benefits can quickly become harmful when it’s not taken as prescribed. Whether used for recreational purposes or pain treatment, excess amounts can cause codeine side effects, many of which can be dangerous. Codeine affects the body’s ability to carry out normal functions in general. These effects play a pivotal role in how codeine side effects play out. Add to this the high potential for dependency and addiction, and users are at risk of experiencing any number of codeine side effects, especially in cases of long-term use.

Codeine Effects on the Body

Codeine’s physical effects on the body start within the central nervous system where the drug causes an overall analgesic effect. Analgesic medications are known for their ability to slow or suppress the central nervous system, which works to slow all major systems in the body according to Elmhurst College’s resource site. When taken for medicinal purposes, codeine side effects include drowsiness, clouded thinking and changes in mood. Nonetheless, the drug effects are so strong that a person can also experience nausea and slowed breathing even when taken as prescribed.

Codeine’s ability to reduce pain symptoms has to do with how it interacts in the brain. Its chemical structure closely resembles that of the brain’s own natural endorphin chemicals, which also have pain-killing properties. In effect, the more the brain gets used to codeine’s effects the more it comes to depend on the drug. Not surprisingly, the more dangerous codeine side effects have to do with how the drug impairs brain functions.

As everyone’s body chemistry differs, different people metabolize codeine at different rates. This element of unpredictability can bring about potentially dangerous side effects in some people. Where one person may tolerate a particular dosage amount with no problems, another person may be at risk of overdosing.

Any one of the above symptoms may precede a life-threatening scenario. In the case of long-term use, codeine’s damaging effects on brain and body functions place users at considerable risk with each successive dose.

The longer a person uses the higher the risk of experiencing dangerous side effects, including death. Even after a person stops using, withdrawal effects can last for a lengthy period of time depending on how long a person’s used and the cumulative effects of the drug on the body. Ongoing cravings for the drug will continue, especially in cases where a person develops a psychological need for the drug or gets addicted.

Because of the effects codeine has on respiratory function, any relapse episode poses considerable risk of overdose and death. As the body continues to repair itself during withdrawal periods, major body systems may still be somewhat unstable in terms of functional capacity. At this point, any amount of codeine can send a person into overdose.