5 Effects Codeine Addiction Can Have on Your Life

Codeine overdose can be deadly. If a person can be treated early enough, the symptoms can be reversed, but this is not always possible. According to the NIDA, “codeine-promethazine cough syrup has been linked to the overdose deaths of some prominent musicians.”

Codeine overdose causes extreme respiratory depression. The risk of respiratory failure where the individual stops breathing and goes into a coma is very high, and “mixing with alcohol greatly increases this risk.” Codeine overdose is a serious effect of codeine addiction, and it very common in those who are addicted to the drug. 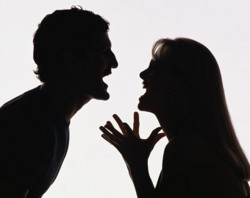 When someone becomes addicted to a substance, relationship problems occur. An individual may have issues with family members or roommates over hiding codeine. Someone may also break up with a significant other over the drug. It can be hard for a loved one to understand that the addicted individual cannot stop without help, but there is a point where understanding and support can no longer go on.

According to a study from the NCBI, “People who abuse substances are likely to find themselves increasingly isolated from their families,” partly because they want to spend time with others who abuse drugs as well. This can lead to the intense relationship problems seen in the cases of codeine addicts as well as those who abuse other substances.

Whether the individual is a student or an adult in the workforce, codeine addiction will have a negative effect on their work life. According to the DOI, “The apathy caused by opiates can translate into an ‘I don’t really care’ attitude toward performance.” Coupled with the potential for accidents caused by dizziness and other physical effects of codeine abuse, a person could be fired from a job. A student could see their grades suffer for these same reasons. Because of codeine addiction, whatever their professional status is could be compromised or even stripped away.

If you are addicted to a drug, you will be more willing to perform risky behaviors. For example, some people doctor shop or get different prescriptions from different doctors in order to feed their habits. Others steal or forge prescriptions to get more codeine. Some are even willing to do physically dangerous things for more of the drug, an action called drug-seeking behavior.

Some other risky behavior might occur when the person is under the influence of codeine. They may be more likely to mix it with alcohol or other drugs, or to engage in unsafe sex or other activities. These effects can be devastating to every aspect of your life.

After only marijuana and alcohol, more people abuse prescription drugs than any other type of drug in the United States today (NIDA). Abusing a drug like codeine may eventually hit a wall because of tolerance, and someone who is addicted to it may begin to take stronger drugs in order to feel their effects.

There is a real chance someone who is abusing codeine could switch to a more intense opium-based drug like heroin. Heroin becomes very addictive very quickly and can be more dangerous even than codeine when it comes to overdose and death.