Top 5 Symptoms of Overdose on Hydrocodone

Hydrocodone, one of several prescription opiate drugs, works extremely well as a pain relief agent and is commonly used to treat conditions involving moderate to severe pain symptoms. It’s pain-relieving properties can, however take a turn for the worse when used for recreational purposes.

According to the Journal of Addiction, prescription opiate abuse carries a high risk of overdose, especially with the more powerful opiate agents like hydrocodone. Being able to recognize symptoms of overdose on hydrocodone early on can prevent you or someone you know from becoming a fatality.

As one of the most commonly prescribed opiate drugs on the market, hydrocodone-based medications include a range of brand name drugs, including:

As one of the more powerful opiate drugs, hydrocodone easily disrupts the brain’s chemical makeup, which causes serious problems throughout the body’s major systems, according to Yale University. Symptoms of overdose on hydrocodone develop out of this drug’s ability to incapacitate brain functioning over time. 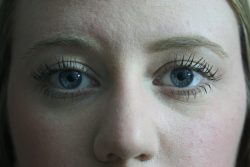 A blank stare is a sign of hydrocodone overdose.

Top 5 Symptoms of Overdose on Hydrocodone

More often than not, symptoms of overdose on hydrocodone will take hold of the body’s respiratory system first, causing breathing difficulties that can quickly lead to death, according to the Substance Abuse & Mental Health Services Administration. Hydrocodone works by slowing chemical activities in the brain, which inevitably slows down the body’s respiratory system.

Breathing problems may take the form of:

Skin discoloration, another symptom of overdose on hydrocodone develops as oxygen levels in the blood reach dangerously low levels. Signs of discoloration can show up in the face, causing a pale or clammy-like complexion. A person’s lips and fingernails may also take on a bluish or purplish-black hue.

In the event a person falls asleep while “high” on hydrocodone, gurgling sounds may be an indication that he or she is choking. Also known as the “death rattle,” gurgling sounds can occur while a person is snoring, and can be easy to miss.

Hydrocodone’s slowing effects can quickly shut down areas of the brain in large enough dosage amounts causing a person to exhibit comatose-like behaviors. This symptom of overdose on hydrocodone may take the form of:

Much like hydrocodone effects interfere with respiratory functioning, at high enough dosage amounts a person’s heart rate can slow to dangerous levels. When this happens, a person’s heartbeat becomes slow, erratic or stops altogether as the body goes limp. Vomiting may also occur.

If you suspect you or someone you know may be at risk of hydrocodone overdose and have more questions, or need help finding treatment that meets your needs, please feel free to call our toll-free helpline at 800-774-6145 (Who Answers?) to speak with one of our addictions specialists.

Dangers of Mixing Opiates and Alcohol