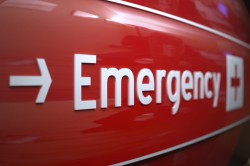 Codeine overdose can lead to a trip to the emergency room for treatment.

Codeine, a prescription medication, is most often prescribed to treat conditions involving mild to moderate pain symptoms. As an analgesic, codeine falls within the narcotics or opioid class of drugs. When taken as prescribed codeine overdose is unlikely. In cases where a person abuses the drug or takes unusually large amounts, the potential for codeine overdose increases substantially. Treating codeine overdose involves a series of procedures that typically take place in an emergency room setting. Certain counteractive medications can also be used to alleviate distress during a codeine overdose.

Data collected by the Centers for Disease Control & Prevention (CDC) show narcotics overdoses have become the leading cause of car accident fatalities. The CDC estimates the quantities of analgesic-related medications distrusted by pharmacies amounts to 700 milligram of morphine per person for three weeks.

Codeine is well known for its ability to slow nerve impulses and overall bodily functions in general. This drug specifically targets the body’s central nervous system. When taken in excess, users can experience seizures and/or fall into a comatose state. As codeine alters nerve impulse transmission in the brain, this increases the likelihood of experiencing recurrent seizures throughout a person’s lifetime.

As large amounts of codeine can affect any one of the body’s major systems, treatment for codeine overdose requires emergency room staff to monitor a person’s vital signs (pulse, breathing rate, temperature and blood pressure) and treat symptoms accordingly. For all cases, the first step entails detoxification to prevent any further effects of the drug on the body.

Detoxification procedures entail administering a gastic lavage with activated charcoal. A gastic lavage uses a tube inserted through the nasal passage. A saline solution flows through the tube into a person’s upper gastrointestinal tract to flush out any remaining codeine materials. The solution is then suctioned up out of the gastrointestinal tract and back through the nose. Activated charcoal is used to help absorb any remaining codeine from stomach. This procedure helps prevent the intestines from absorbing any more of the drug.

Emergency room procedure will also include running an IV fluid drip in order to support the body’s overall vascular tone and blood pressure levels. In cases where respiratory functions have been affected, oxygen therapy or mechanical ventilation is used to help support a person’s respiratory functions.

Naloxone may be given in an IV or as a nasal spray. Hospital staff will also administer oxygen or use mechanical respirators to ensure a person’s breathing rates return to normal.