How is Codeine Abused? 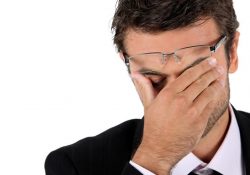 Detox is necessary if you experience withdrawal symptoms when you don’t use codeine.

“Sippin on syrup” is a slang term that many codeine abusers use. The idea that an individual can discreetly use the drug in public places is nothing new. Abusers often drink the syrup, straight, mixed with other liquids, flavored with candies, or combined with other ingredients. Drinking codeine-promethazine cough syrup, also known as “Syrup,””Sizzurp,” “Lean” in groups, night clubs, or openly on the street is a favorite pastime of abusers. According to the National Institute on Drug Abuse, is is called lean “because if you sip on it all day long it is like getting very drunk and you literally have to lean on something to stand up.”

Frequently, users dip marijuana in codeine to smoke “candyblunts” or they combine other ingredients such as PCP or cocaine with the joints.

Codeine is abused by parents and teenagers who may consider it safe because it is prescribed to children. Codeine may be a cheap alternative to other opioid substances because it can be obtained easily or for free through insurance plans and Medicaid.

When codeine is repeatedly abused it causes the person to develop physical and psychological dependencies because of the opioid content of the drug. Like other opioids, withdrawals are inevitable when they try to suddenly stop using codeine and rather than quit, many abusers will resort to taking more codeine to avoid those symptoms. In order to break this cycle, those who experience the following need codeine detox: