Codeine is prescribed to treat pain, coughs, and diarrhea. It is one of the most widely used opioid medications in the world and available under numerous brand names and combination medications which make codeine easy to obtain and abuse.

Codeine can cause dependency and addiction with regular use and the signs and symptoms are nearly indistinguishable from those of morphine or heroin dependence. Although not all codeine users will develop an addiction, per se, dependency can begin from the first day of use and codeine addiction treatments are meant to treat all of these individuals with the respect and compassion that they deserve.

The following, are 5 signs your loved one needs codeine addiction treatment: 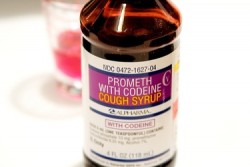 Codeine abuse points to the need for treatment.

Use of codeine doesn’t always lead to abuse, but, because it has the power to induce pleasant feelings of relaxation and euphoria, many people use it for non-medical purposes. According to the National Institute on Drug Abuse, “people begin taking drugs for a variety of reasons:

Codeine users often begin taking a certain amount of codeine only to find that the effects they desire continuously require them to use more. This is known as tolerance which can lead them to use codeine with other drugs or alcohol to intensify or enhance the effects. It can also lead to rapid delivery methods of use such as chewing the pills, crushing and snorting them, or intravenous injecting codeine.

Codeine dependence is a sign that your loved needs codeine addiction treatment to help them overcome the cravings and withdrawal symptoms they experience when they attempt to cease use of codeine. They may be compelled to continue using codeine even when they don’t want to avoid these symptoms, to be able to function in any “normal” sense, and/or to use codeine despite the negative consequences and harm to themselves or others, the hallmark of addiction.

There is a fine line between dependence and addiction with the difference being the consequences of use. If your loved one has been using codeine despite the problems that it has caused in their health, work, school, relationships, or other social and moral obligations, they need codeine addiction treatment.

Codeine is a central nervous system depressant that can be dangerous to use by someone who has compromised physical health or co-existing mental health issues. The bigger problem is that codeine abuse can lead to adverse physical and psychological impairments.

If your loved one has been using codeine a while, the impacts on their health can range from poor eating and sleep habits to impaired neurological system functions. The communicable diseases HIV, AIDs, Hepatitis, tuberculosis, and other diseases, cancers, and infections have been associated with codeine abuse and can lead to organ damages and failures, overdose, and death.

Liver failure and liver transplant needs from acetaminophen toxicity is second only to alcohol in the United States and the United Kingdom and many users mistake the combination ratios of codeine/acetaminophen which puts them at higher risk.

Codeine disrupts the normal chemical processes and alters brain functions each time it is used. According to the National Institute on Drug Abuse, addiction” is considered a brain disease because drugs change the brain—they change its structure and how it works. These brain changes can be long-lasting, and can lead to the harmful behaviors seen in people who abuse drugs.

You may have noticed your loved one has loss interest in other activities, or even you, for that matter, and has reorganized their lives around the use of codeine. They may be experiencing symptoms of intoxication and elevated moods one minute and be violently abusive or aggressive the next.

They may exhibit unusual, immoral, or illegal behaviors and feel intense shame, guilt, or depression for them only to use codeine again as an excuse to overcome the distress, or even blame others for the mess they are in. These behaviors can be changed when your loved one goes to codeine addiction treatment.

According to National Center for Health Statistics (US), “Misuse of opioid analgesics is increasingly seen as a significant public health concern because poisoning death rates involving opioid analgesics more than tripled between 2000 and 2010. If your loved one has elevated their use of codeine, uses it via alternative methods of ingestion such as IV use, or combines codeine use with other substances, they are at a high risk of overdose. If your loved one has ever overdosed on codeine, they are at an even higher risk of a fatal overdose by continuing to use.

Your loved one needs codeine addictions treatment to help them learn coping mechanisms to avoid relapse, counseling to help them get through the underlying cause of use and the aftermath of their situation, and encouraging support from others as well as you.