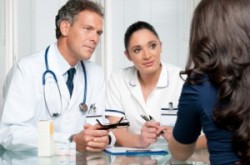 Like heroin, codeine is an opioid(methylmorphine) and often prescribed for mild pain relief or as an antitussive agent in cough syrups. Long term use causes dependence, leading to codeine addiction which has become a phenomenon with the emergence of drug trends that involve drinking Codeine-Promethazine cough syrup, also known as “Syrup,””Sizzurp,” or “Lean”. It is called lean because it causes users to lose their coordination. Other terms for syrup may be AC/DC, barr, down, Karo, or nods.

There is an increased visibility and observed prevalence of recreational syrup usage among teenagers, African-Americans, and club goers because they can sip their “syrup” in public. It can be diluted with other liquids and drank slowly for continued effects, but after long term use, just like other opiates, it causes addiction for which codeine addiction treatment becomes necessary.

According to the National Institute on Drug Abuse, “Deaths from prescription opioid medications now outnumber overdose deaths from all other drugs (including cocaine and heroin), and codeine-promethazine cough syrup has been linked to the overdose deaths of some prominent musicians.”

Medication Use in Codeine Addiction Treatment

As a treatment for codeine addiction, medications may be prescribed to alleviate the typical withdrawal symptoms that are experienced. These withdrawal symptoms can be mild to severe and range from nausea, vomiting, diarrhea, headaches, irritability, anxiety, or depression. But as a relative of morphine, other medications may be necessary to eliminate the cravings for the rewarding effects that opioid drugs produce in the opioid receptors of the brain. Over time, these receptors become damaged and mishandle the messages that they are normally meant to communicate throughout the body.

Medications to counteract these problems are critical components of medications used in codeine addiction treatment.

Detoxification from opioids can be a traumatic event and is, often, the reason many opiate addicts relapse. They simply cannot handle the conditions that stopping opiate use presents. Codeine addiction treatment specialists recognize the need to provide medications that eliminate cravings during detox and also, as a continued maintenance program for ongoing recovery to prevent relapse and ensure greater success for opiate abstinence.

The most common medications used in codeine addiction treatment include: