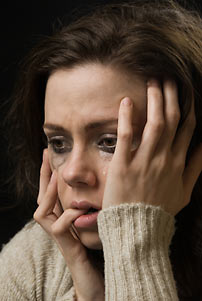 Look out for these signs of codeine addiction.

Codeine is a relatively weak narcotic that is commonly prescribed for the treatment of mild pain associated with injury, medical illness or routine dental treatments. The active ingredients in codeine are similar to those in other narcotics and include opiates that have been derived and synthesized from the opium poppy. The drug is not one of the more widely abuse narcotics on the streets but there is a potential for codeine to cause addiction and physical dependence that makes quitting the use of the drug a long and difficult process. The signs of codeine addiction are not always easy to recognize at first but they can be spotted by the user, friends or family members who are close to the addict.

Identifying the Signs of Codeine Addiction

Most people who become addicted to codeine first start using the drug as a result of a legitimate purpose such as minor pain associated with a backache, toothache or similar problem. Progressive use of the codeine results in a physical tolerance to the drug which can quickly lead to abusive use and subsequent codeine addiction.
The risk of codeine addiction increases based on how long an individual takes the drug, the amount of the drug being used and various other factors. Anyone who is taking codeine or who knows someone who is taking codeine regularly should be aware of the warning signs of codeine addiction.

Some of the signs of codeine addiction include:

Sustained use of codeine can lead to an addiction that is very difficult to treat.

In fact, codeine addiction can lead to complications that include the risk of:

Although these are some of the most dangerous side effects of codeine addiction, the signs and symptoms of addiction simply do not lie. Users are likely to lie about their drug use, avoid spending time with people who don’t use drugs and do whatever it takes to get their hands on more codeine. These addictive behaviors will only become worse as the addiction progresses if treatment is not sought.