As a main ingredient in cough suppressants and various prescription pain meds, codeine works best at treating persistent coughs as well as most any type of pain symptom. According to the U. S. Food & Drug Administration, codeine can be formulated to produce a range of different effects, which accounts for its being one of the most versatile opiate drugs on the market.

Unfortunately, codeine’s opiate characteristics make for a highly addictive drug when used for prolonged periods of time. With continued use, codeine’s addictive effects take place behind the scenes altering delicate chemical processes in the brain. Before long, users start to experience telltale codeine withdrawal symptoms that only work to promote ongoing drug use.

The longer a person keeps taking codeine, the more apparent withdrawal effects become. Over time, these effects start to impair a person’s physical and psychological health to the point where his or her lifestyle revolves around supporting compulsive drug-using behaviors. 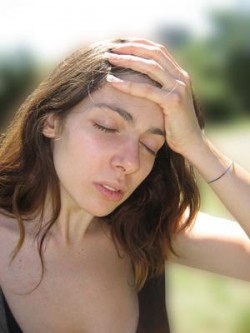 Feeling unwell when you do not have codeine is a sign of addiction.

Opiate drugs as a whole work well at relieving pain symptoms of all kinds. Most all opiates belong to the narcotics class of drugs depending on how a particular drug is formulated.

In effect, these added ingredients work to intensify codeine’s pain-relieving effects. Unfortunately, these effects only increase codeine’s potential for abuse and addiction.

Withdrawal effects start to surface in response to the brain’s inability to coordinate necessary chemical processes. In effect, withdrawal symptoms correspond with the processes most affected by codeine’s effects. Likewise, withdrawal effects grow worse in intensity the longer a person keeps using codeine.

Withdrawal symptoms most commonly experienced include:

With friends and loved ones, changes in a person’s lifestyle can be easy to spot when codeine addiction takes hold. Unfortunately, the person affected has become so preoccupied with getting and using codeine that he or she has no idea anything’s wrong.

Over time, the damage to brain structures and chemical processes alters a person’s judgment, reasoning and overall motivations. Long-term codeine use essentially alters the way the brain works in such a way as to impact a person’s perceptions, priorities and interests. Unless something is done to stop this cycle of addiction, drug users will likely remained trapped inside an addiction lifestyle.