Ignoring these Symptoms of Codeine Addiction Could Kill You!

Codeine addiction does have its signs and symptoms, and learning to recognize them can protect you from a possible overdose or the other deadly effects of addiction. Many people who become addicted to a substance will ignore the problem or make excuses for it, but you should understand just how dangerous that can be.

According to the NIDA Teen, “Taking just one large dose [of codeine or another prescription opioid] could cause serious breathing problems that lead to death. In 2011, opioid painkillers accounted for close to 17,000 deaths in the United Staes.” Being addicted to codeine can severely increase your chances of dying as a result of codeine abuse.

Look for these symptoms of codeine addiction in order to determine whether or not you need professional help to stop abusing the drug. Then make sure to do everything you can to follow through with your recovery, including reaching out to your friends and family members, seeking treatment, and staying in your treatment program for the necessary amount of time.

A person who has been abusing codeine for a long time might experience several physical issues as a result. Some of these can be deadly on their own. If you experience any of these symptoms as a result of your codeine abuse, you should seek treatment immediately. 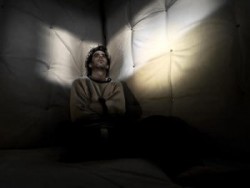 Codeine addiction can lead to a variety of changes in one’s behavior.

Ignoring these physical signs of addiction will only make things worse. Living through overdose does not mean that you will likely live through it again, and seizures can be extremely dangerous for someone who has never experienced them before. Pay attention to these symptoms of your codeine addiction and seek treatment immediately if you experience any of them.

There are a number of dangerous behaviors codeine addicts engage in that are either deadly on their own or can foreshadow more dangerous consequences. You are addicted to codeine if you:

Becoming sick as a result of drug abuse, having relationship problems, losing your job, experiencing financial issues, or getting arrested are all possible side effects of codeine addiction. And someone who continues to abuse the drug past this point is only endangering themselves further.

Trading old friends for those who also abuse codeine

Many addicts behave this way because they become obsessed with abusing the drug and only want to participate in that. Other activities and other friends fall away. Still, if you start to spend all your time with those who do not know you as well or who might not be as concerned with your welfare, you are putting yourself in much more danger.

According to the NIDA, “Addiction is defined as a chronic, relapsing brain disease that is characterized by compulsive drug seeking and use, despite harmful consequences.” Compulsively seeking a drug means that you will not be able to stop yourself and that you may even do something you know is dangerous or wrong in order to get drugs.

Anyone who abuses drugs recreationally for a long period of time will begin to experience feelings of paranoia. This is part of the reason they become so secretive. In hiding their abuse of the drug, they become extremely afraid that others will find out and try to make them stop doing it. They believe they have control over it themselves and that other people do not need to know. But this type of behavior is fairly typical of any type of addiction.

Codeine addiction can lead to many strange behaviors, some of which are problematic while others can be dangerous or even deadly on their own. You will not be able to stop taking codeine without help, but the most important thing you must do from the start is to admit that you are addicted and to stop ignoring the signs.

Other Symptoms of Codeine Addiction

Do not ignore any of the symptoms of codeine addiction. Because the drug is so potent and can easily cause respiratory depression and death in overdose, you should seek treatment as soon as you believe you may have an addiction to the drug.